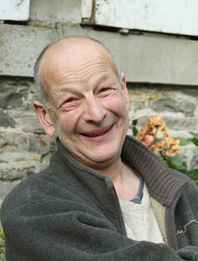 Shane Jagger was drawn to poetry early in his life. Influenced by the work of Dylan Thomas, Christy Brown, Wilfred Owen, TS Eliott and Walter de la Mare he wrote a number of poems but, deciding that they were too self-centred, burned them and planted potatoes in their ashes. When he dug up the potatoes he boiled and served them with mint and butter and remembers them as the most delicious he had ever eaten. This collection of poems is especially inspired by the mystical poetry of Ibn ‘Arabi and Jalal al-Din Rumi. Shane was introduced to their works in the late 1970’s as a student of the Beshara School at Chisholme House. Shane was looking for a quality in life that was more meaningful, and he found it there. Stimulated by being with like minded people and inspired by the clarity of the material that he studied he remained at Chisholme House, becoming a cook and working in the kitchen there for twenty years. Shane discovered a greater beauty in his life. He began to feel freer to express himself through his writing. It was essential to him to use his own words, to find his own truth through the thoughts that arose in his mind, which flowed in a rhythm that reminded him of his love of melodic music. Shane says that the words came easily as if writing for someone he loved. He believes that the inspiration came from something far beyond him. When he reads the poems he asks himself ‘How do I know that?’ Shane acknowledges this mystery saying: ‘I don’t own these poems, they come through me, rather than written by me’. Christina Mark September 2016
Scroll to Top