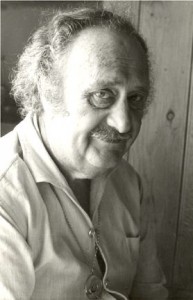 1911-1987 Born in Istanbul in 1911, Bulent Rauf was the grandson of Ismail Pasha, Vice-regent of Egypt, the family having close connections to the Ottoman imperial house. He was educated first at home, where he had a classical Ottoman education, reading Turkish, Arabic and Persian as well as three European languages, and then continued his studies at Roberts College. He attended Cornell and Yale Universities, and traveled widely. In 1945 he married his second cousin, Princess Faiza of Egypt. They were divorced in the early 1960s. He settled in England in 1966, marrying Angela Culme-Seymour in 1977. Bulent Rauf devoted many years of his life to the establishing of a body of knowledge based on an understanding of the absolute unity of existence. He was instrumental in the establishment of the Beshara School of Intensive Esoteric Education at Chisholme House in the Scottish Borders in 1975. He was first president of the Muhyiddin Ibn ‘Arabi Society, dedicated to the promulgation of the works of the great Andalusian mystic. His chief literary work was the complete rendering into English of Ibn ‘Arabi’s Fusus al-Hikam, incorporating the Turkish commentary attributed to Ismail Hakki Bursevi. He was engaged in translation, research work and counselling until his death in 1987.

Websites which include information about Bulent Rauf